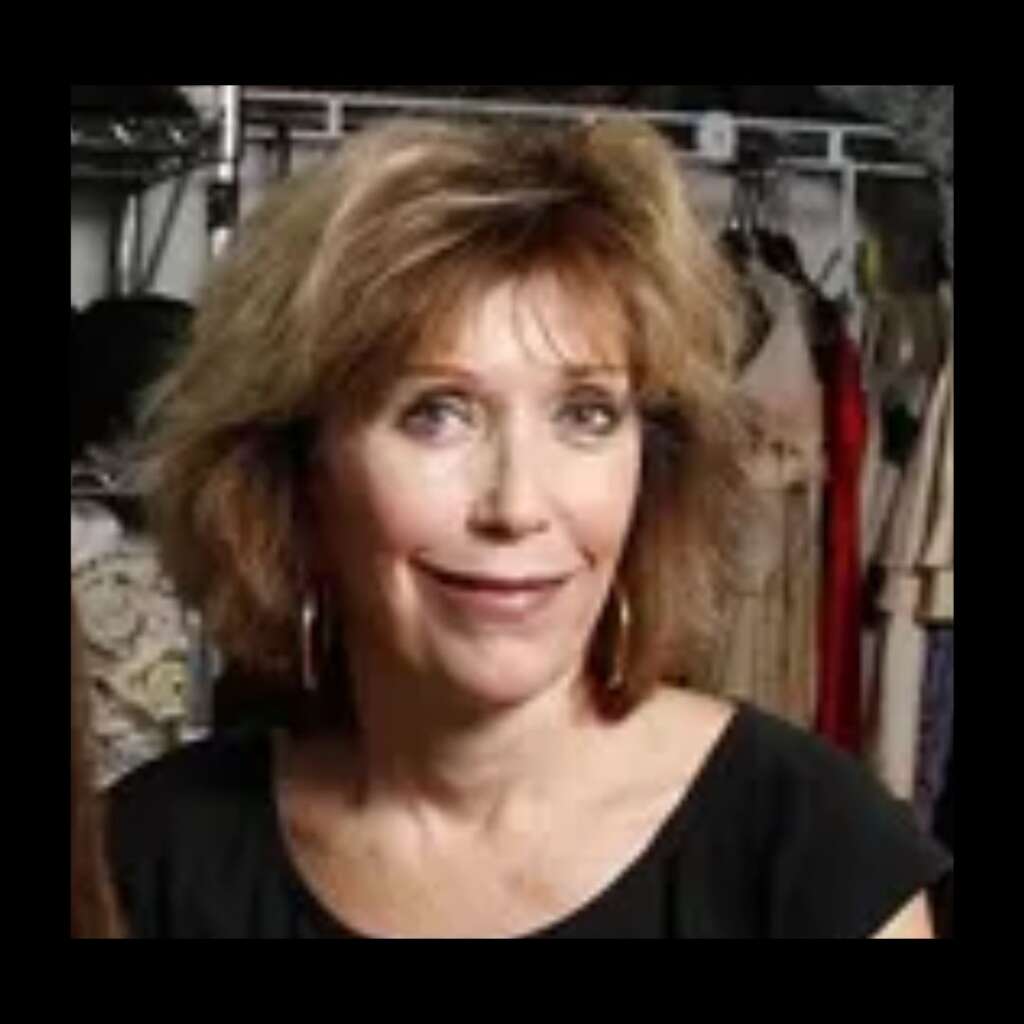 Marilyn Wall was an artist and a jokester.

She was known to show up to formal events in tutus and sequined swimsuit tops, wedding gowns or chicken suits. Her Christmas gifts were often hand-drawn personalized comics poking kindhearted fun at herself or her friends.

On Halloween, the Emmy-award-winning designer would create costumes for each of her three sons, covering everything from Zorro — complete with a fake sword — to designer dragons to Teenage Mutant Ninja Turtles.

And she was one of the original six founders of the Hippodrome Theatre in Gainesville, spending countless days and nights there over the decades since its 1972 creation.

Wall, 72, died Tuesday surrounded by family. She battled Parkinson’s disease for almost 15 years before falling and breaking her femur in February. While recovering from hip surgery, she developed pneumonia and could not survive without life support, an option she did not want.

Hippodrome founder and celebrated costume designer Marilyn A. Wall dies at 72
written by Danielle Ivanov for The Gainesville Sun – 3/11/2021

“It was a hard decision, but we knew it was the right thing to do,” said Juan-Carlos “Carly” Asse, Wall’s eldest son. “She was just the most important person in my life growing up. I wouldn’t be the person I am today without her, and I’m really going to miss her.”

His mother is remembered by her friends, relatives and peers as an outgoing, selfless and hilarious creative genius.

Miguel Asse, Wall’s third and youngest son, said he cherishes the laughter that filled his household growing up. Every night, the family of four would share dinner, no matter how busy work and school became. And every night, they had a hoot, trading stories or pranks.

“It was never a dull moment,” he said. “My mom still was, even to the end, an extremely funny person.”

Lauren “Warhol” Caldwell, an adjunct theater professor at the University of Florida and former coworker at the Hippodrome, said she is heartbroken by the loss but happy her dear friend is no longer in pain.

The day Wall died, Caldwell said she coincidentally installed a projector in her home displaying a pattern of blue clouds and stars on the ceiling. After receiving the news, she spent the night staring up at the swirling pattern, enjoying its representation of her friend’s life and movement to the heavens. She even saw Wall’s image reflected.

“There was sort of a magnet inside of Marilyn that drew people toward her,” Caldwell said. “Our relationship started out as director to costume designer, but it evolved into probably one of the richest friendships I’ve ever had in my life.”

Marcos Asse, Wall’s second son, is an associate head tennis coach at the University of Illinois at Urbana-Champaign. He said his mom was the biggest trumpeter pushing him to do what he enjoyed, tennis, because she had followed her muse with theater.

“My mom was just a crazy hippie that needed an outlet for her creativity,” he said. “She was amazing … she just gave everything of herself, and I think that’s so rare.”

Gregory von Hausch, a co-founder of the Hippodrome, first met Wall when they were both theater majors at UF in the ’70s. She was his first friend at the university and very glamorous, he said, with teased hair and a penchant for guerilla performances that opposed the Vietnam War.

When they graduated and started the Hippodrome, he said, Wall helped make seats out of discarded wood and lights out of coffee cans, dumpster diving when needed. She devoted her life and talent to it, designing the early shows’ posters, driving children to and from lessons and acting in many comedic and dramatic roles.

Eventually, she switched to costuming, where she was truly outstanding, von Hausch said. Wall designed many things over the years from dresses to space panda suits to a wearable horse head.

“She could do anything. You could give her a piece of trash, and she’d make treasure out of it,” he said.
Carlos Asse, Wall’s ex husband, loved her for that persistent creativity. If she wanted a fabric but couldn’t find it, she’d make it herself, he said. And she always had a million projects going on between the theater and films and helping out the community.

One of their most successful endeavors was an educational show called “Salsa: Spanish for Children,” with Georgia Public Broadcasting. Wall designed puppets for the various characters over three years, winning two Emmy Awards for her work.

“She was amazing. Everybody loved her,” he said.

One of Wall’s last creations hangs in the apartment of Michelle Reeves, her caretaker and devoted friend since 2017.

The two women became as close as family almost immediately thanks to Wall’s wicked sense of humor and creative passion. Sometimes, she wouldn’t care if her earrings matched, laughing with Reeves that they were only 99 cents anyway, not real diamonds. Other times, they would drink chardonnay and reminisce about all the famous actors she met.

On Christmas 2019, Wall made an art project with blue paint, old wood and a dinner napkin. Reeves loved it so much after it dried, she asked to take it home.

“I cherish this piece of art work. It might not mean much to everybody, but it means a lot. It’s one of her last pieces,” the 43-year-old said. “She was my sunshine.” 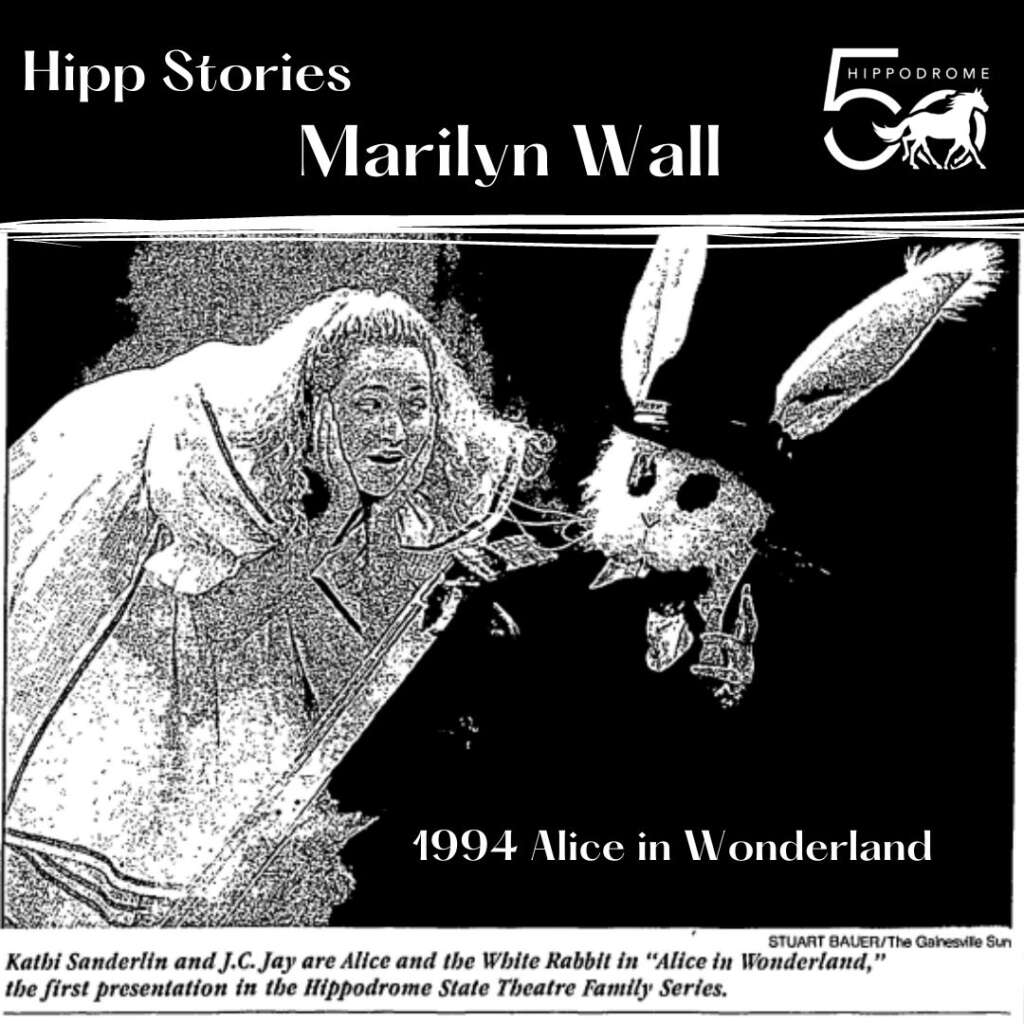 "I called Marilyn and said that my concept had changed and that I actually needed nine of these costumes. There was no hesitation at all….she said YOU GOT IT! This is not typical of a costume designer. It was Marilyn."

“Marilyn and I did hundreds of shows together. It was always a wild and very fulfilling ride. One show in particular was a highly conceptualized production of ALICE IN WONDERLAND. We were particularly excited and intimidated by this show. But we dug in, came up with tons of ideas, changed our minds, and explored beyond any show that we did together. I had requested one costume for Alice as a child. The night before rehearsal began, I called Marilyn and said that my concept had changed and that I actually needed nine of these costumes. There was no hesitation at all….she said YOU GOT IT! This is not typical of a costume designer. It was Marilyn.”

"Marilyn was not only an exquisite designer…she was full of danger, beauty, romance and risk."

“As the years went by, Marilyn and I never lost our spunk or divine energy in creating together.  One day she walked into my office and said….I need a love letter. A letter of friendship and Art.  This began a long process of shared letters that we wrote to one another. For many years.  Marilyn was not only an exquisite designer…she was full of danger, beauty, romance and risk.

“I am beyond honored to have known her and so very lucky and blessed to be able to create with her for so many rewarding years. Right before Marilyn died, she called me and asked that I come visit. With tears in her eyes, she handed me the bundle of letters that I had written throughout the years. She wanted me to keep them to remind myself how much I loved her. I graciously took them, but I did not need any reminders of how much I loved this exquisite woman and artist. This kind of love needs no reminder.” 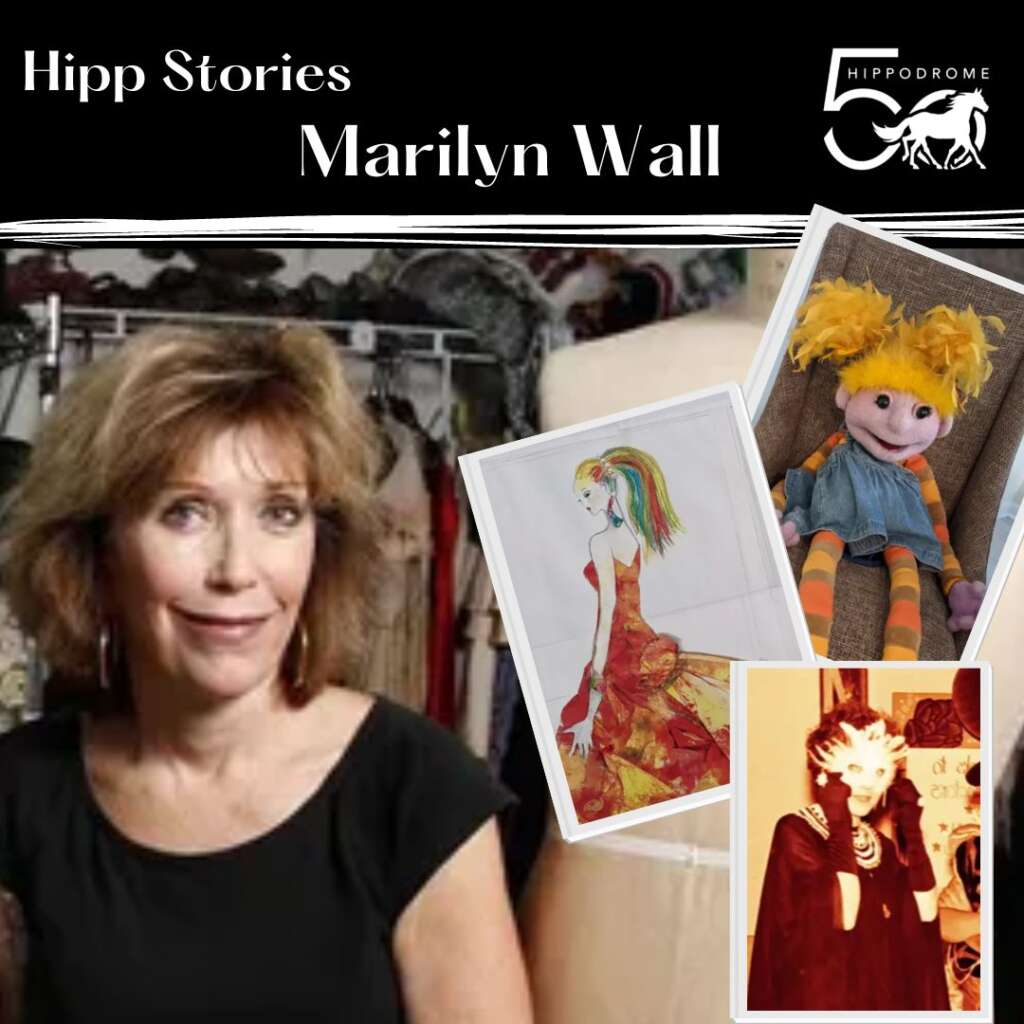 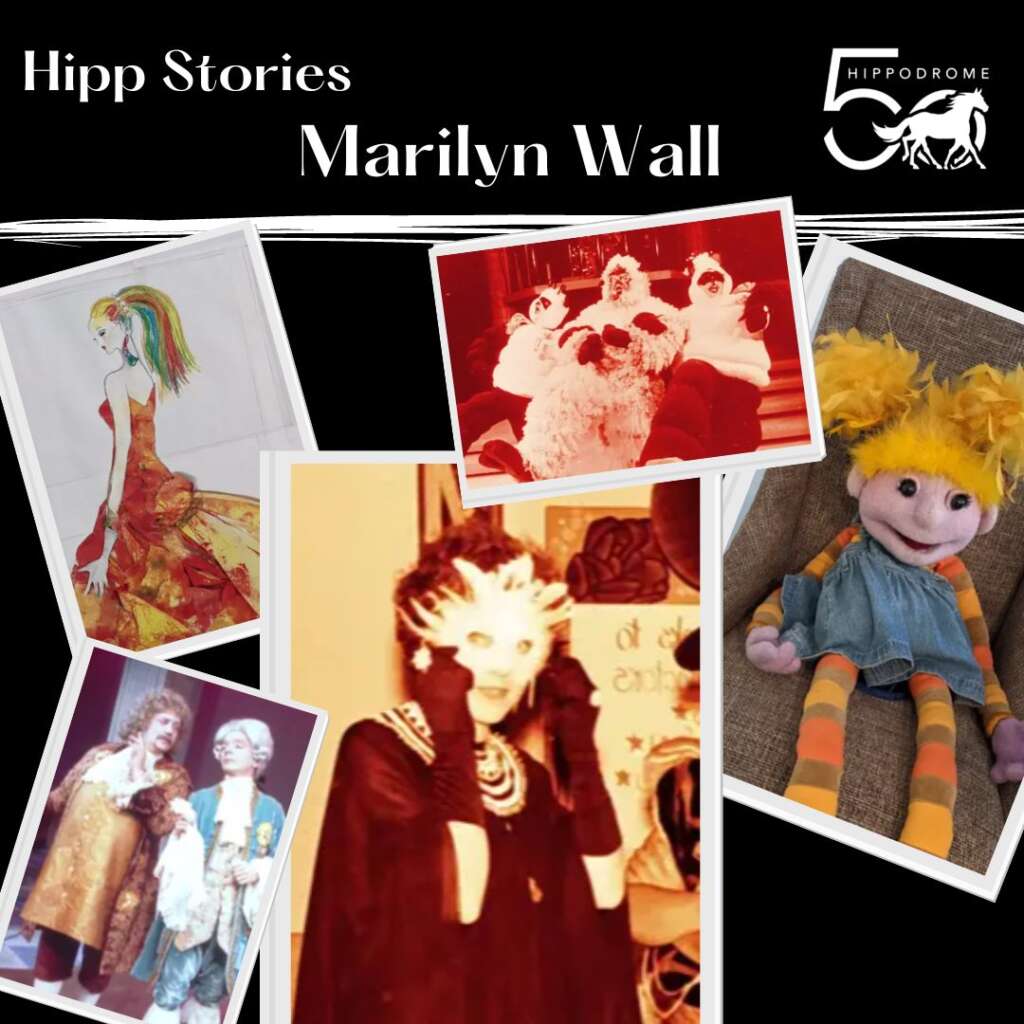 "As a costume designer, her costumes were creative, sensitive, funny, detailed, alive, and true."

“Marilyn was a gifted artist. As a costume designer, her costumes were creative, sensitive, funny, detailed, alive, and true. She worked with the actors to make sure we always felt like the costume moved as our character. Marilyn’s costumes helped the actors evolve with the character. What a true artistic master of her art. She was a perfectionist and stopped at nothing to see her vision through to fruition. Her work reflected her humor and her depth.” 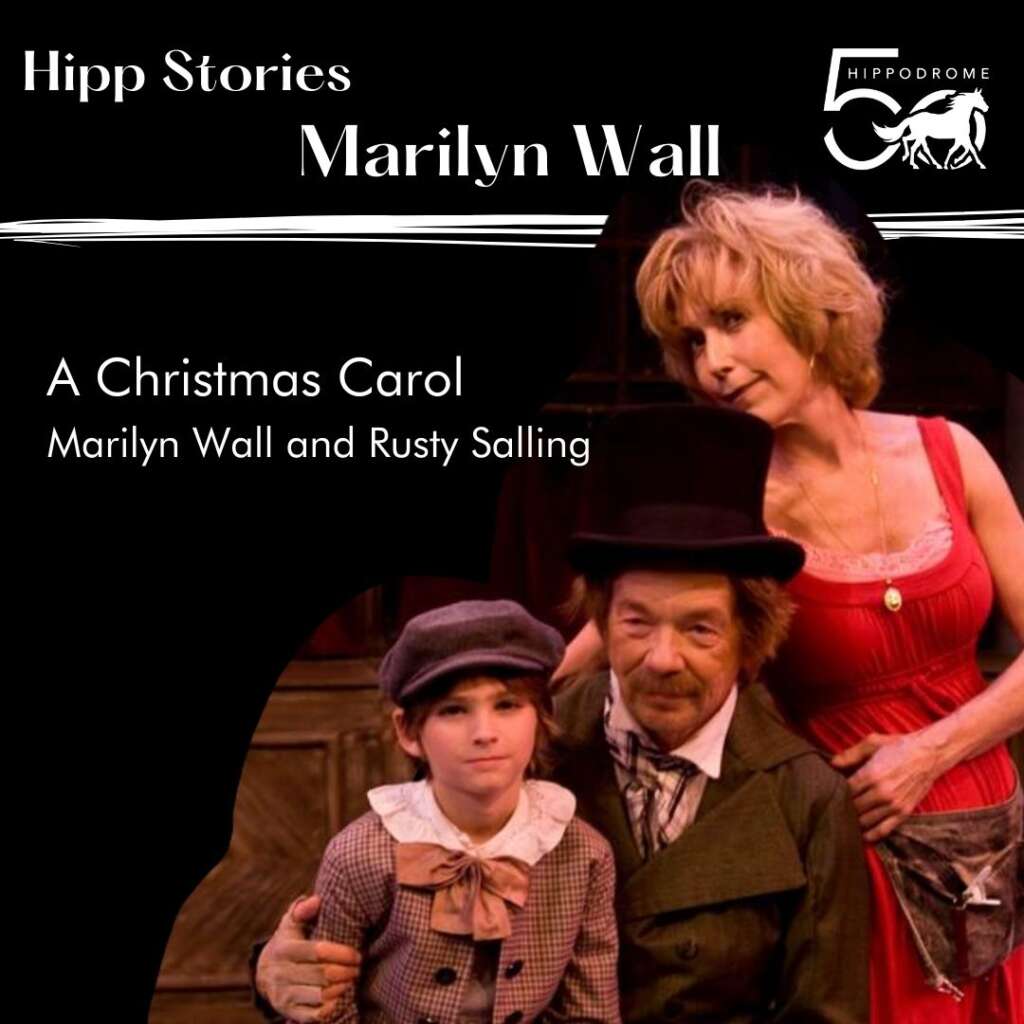 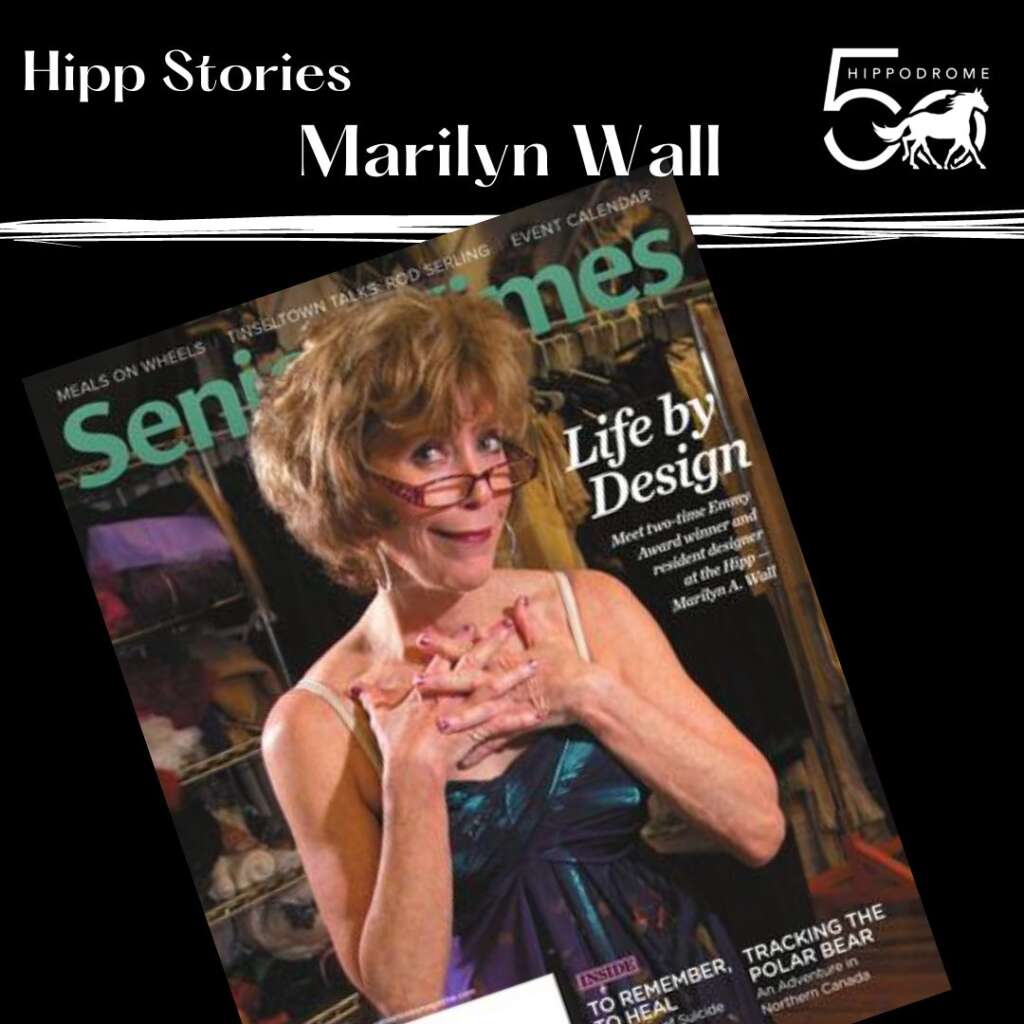 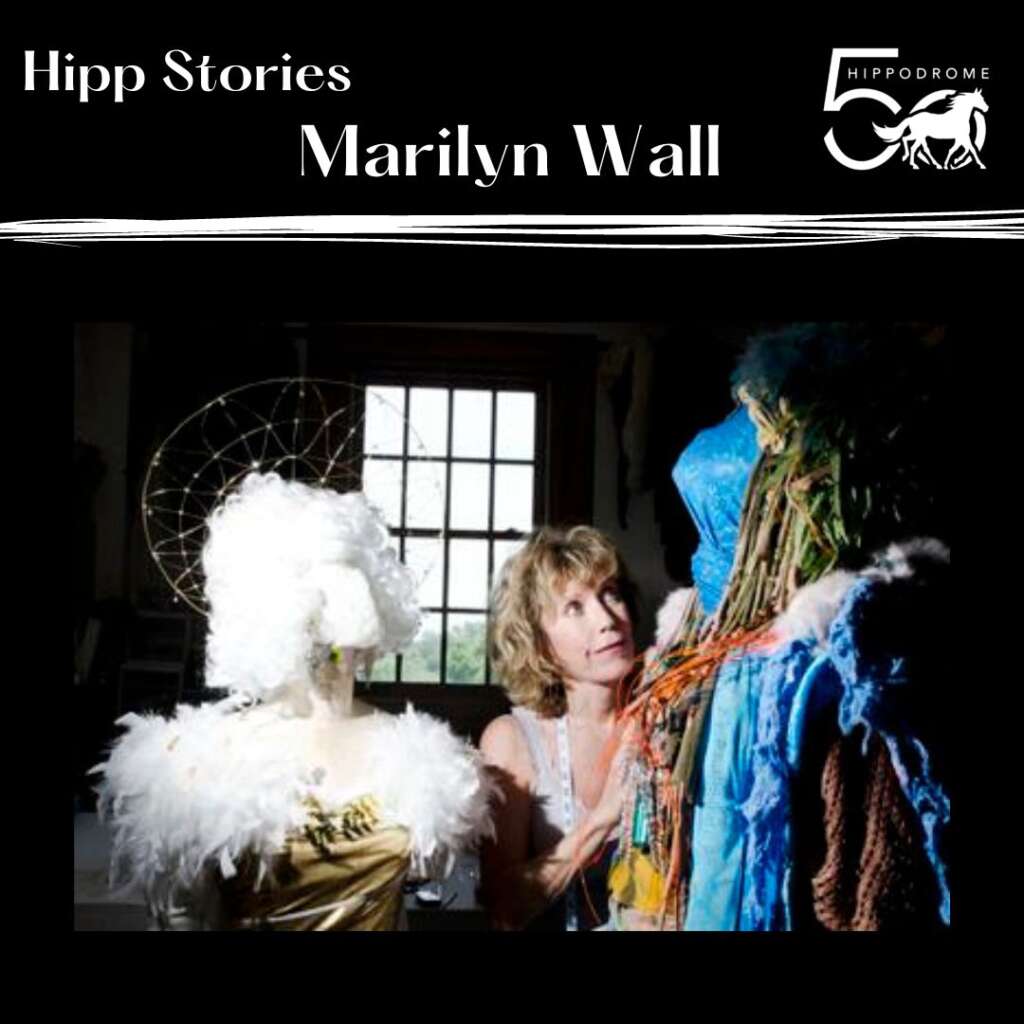