The Hipp Cinema is always screening movies with our audience in mind. Serving as Gainesville’s only art-house cinema, we bring the latest independent films, hard-hitting documentaries, critically-acclaimed world cinema, throwback classics, and additional signature programming throughout the year. Have your experience at the movies go beyond the purchase of a ticket stub.

Never miss a movie or show: 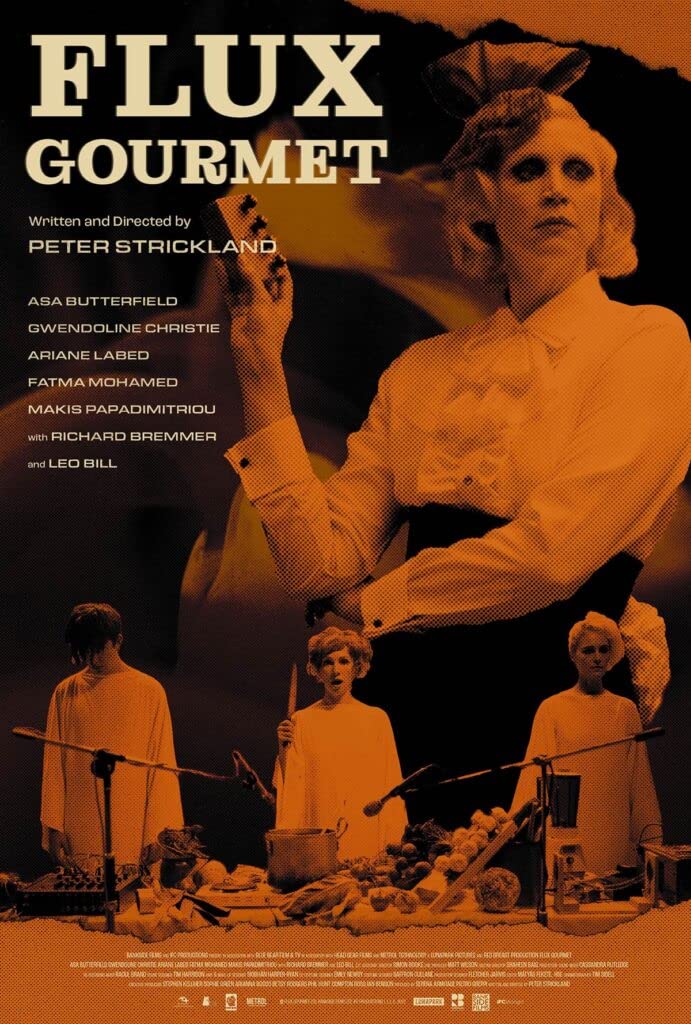 A sonic collective who can’t decide on a name takes up a residency at an institute devoted to culinary and alimentary performance. The members Elle di Elle, Billy Rubin and Lamina Propria are caught up in their own power struggles, only their dysfunctional dynamic is furthermore exacerbated when they have to answer to the institute’s head, Jan Stevens. With the various rivalries unfolding, Stones, the Institute’s ‘dossierge’ has to privately endure increasingly fraught stomach problems whilst documenting the collective’s activities. Upon hearing of Stones’s visits to the gastroenterologist, Dr. Glock, Elle coerces him into her performances in a desperate bid for authenticity. The reluctant Stones puts up with the collective’s plans to use his condition for their art whilst Jan Stevens goes to war with Elle over creative differences. (111 minutes) 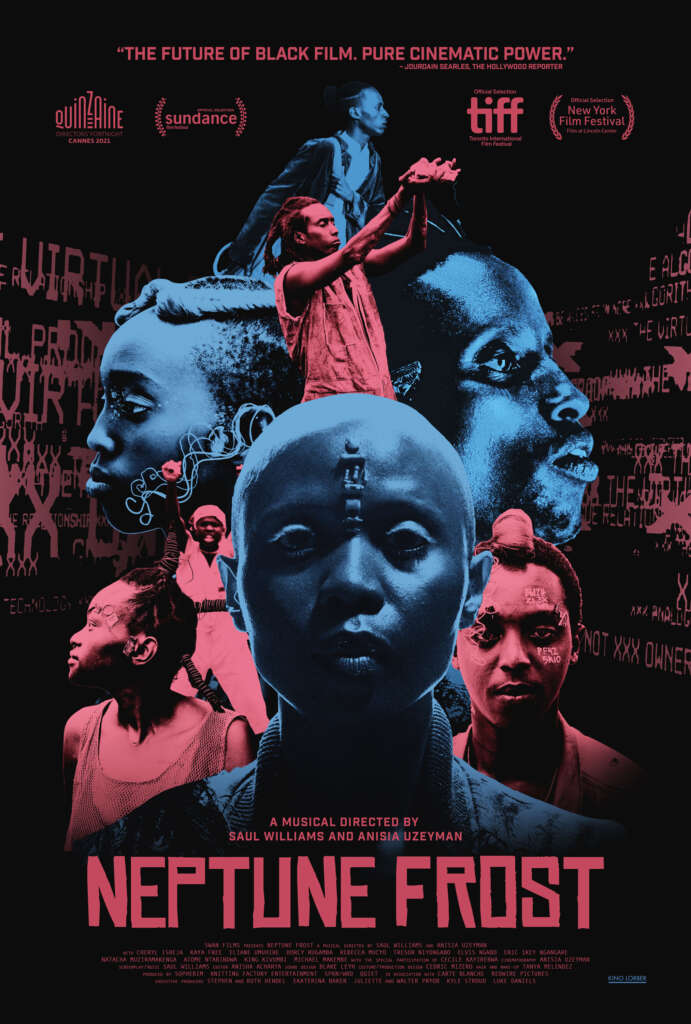 In an otherworldly e-waste camp made of recycled computer parts, a subversive hacking collective attempts a takeover of the authoritarian regime exploiting the region’s natural resources–and its people. When an intersex runaway (Neptune, played by both Elvis Ngabo and Cheryl Isheja) and an escaped coltan miner (Matalusa, played by Kaya Free) find each other through cosmic forces, their connection sparks glitches within the greater divine circuitry. With hypnotic visuals and original songs composed by musician and co-director Saul Williams, this celestial cyber-musical offers a radically bold vision of power, exploitation, and love. (105 minutes) 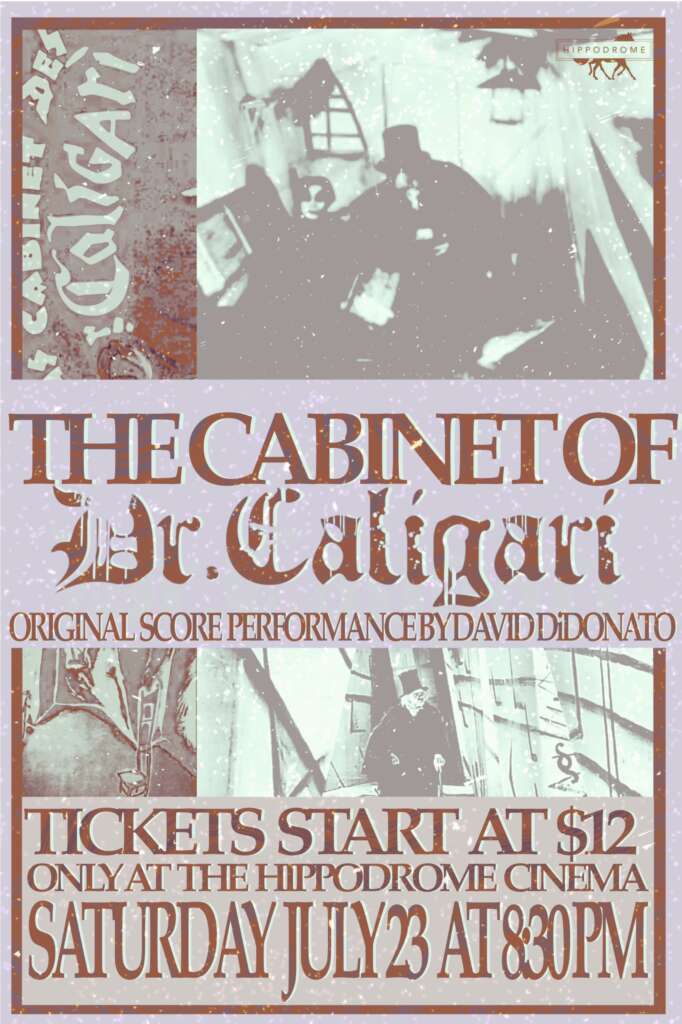 At a carnival in Germany, Francis (Friedrich Feher) and his friend Alan (Rudolf Lettinger) encounter the crazed Dr. Caligari (Werner Krauss). The men see Caligari showing off his somnambulist, Cesare (Conrad Veidt), a hypnotized man who the doctor claims can see into the future. Shockingly, Cesare then predicts Alan’s death, and by morning his chilling prophecy has come true — making Cesare the prime suspect. However, is Cesare guilty, or is the doctor controlling him? (74 minutes)

David DiDonato is an American guitarist/composer/multi-instrumentalist/producer, best known for performing the World’s Longest Guitar Solo on May 13-14, 2012 and for being in a wide array of bands; including the Ultimate Dragons, J-Church, Funeralizer, Modok, Ipecac, H.R.M., DFI, and Ratking.

During his semi-retirement, DiDonato created a primitive soundtrack to F.W. Murnau’s 1922 silent film Nosferatu (in 2006, remastered 2019), fusing classical guitar passages with instrumental black metal, followed by a soundtrack to Fritz Lang’s Metropolis (in 2014). Over the course of the quarantine, he has performed at various drive-in theaters and spent the first 14 months of the lockdown scoring The Cabinet of Dr. Caligari. This was debuted in Detroit in late August of 2021. 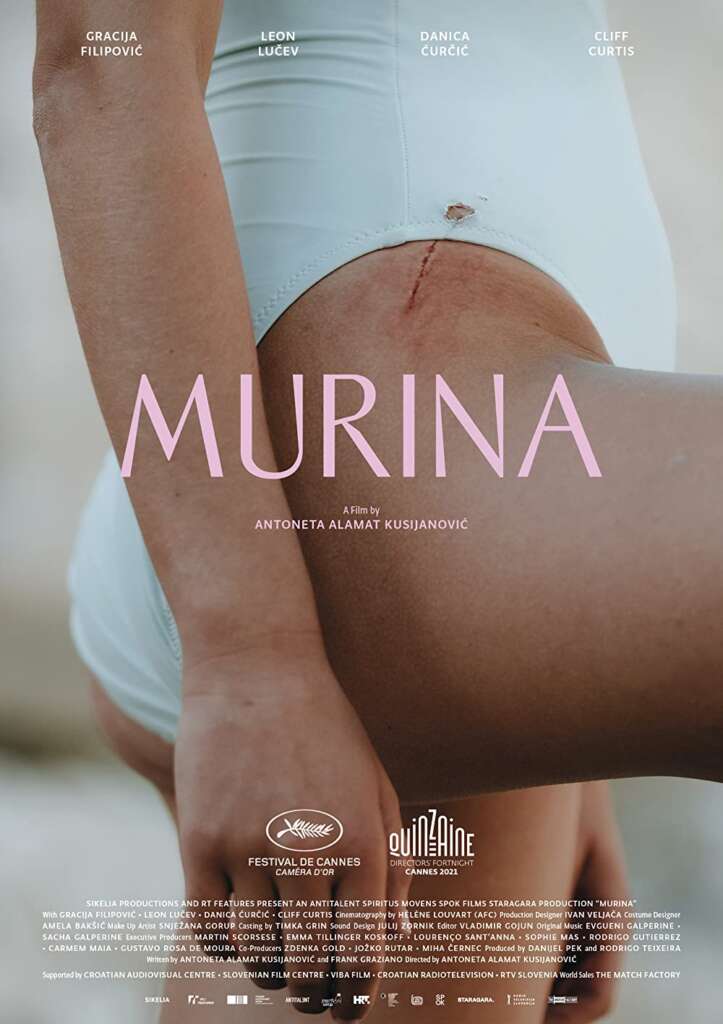 Winner of the Caméra d’Or at the Cannes Film Festival, lensed by award-winning cinematographer Hélène Louvart (The Lost Daughter, Never Rarely Sometimes Always), and Executive Produced by Martin Scorsese, Murina features a ferocious, star-making central performance by Gracija Filipović and the most sumptuous images of the Mediterranean since The Big Blue.

On a remote island along Croatia’s Adriatic coast, 17-year-old Julija spends her days diving for eel with her domineering father Ante and watching other teens party on a nearby yacht. Julija bristles at Ante’s heavy handed cruelty and resents her mother Nela’s passivity. She longs for independence but is unsure how to achieve it, until the arrival of the rich and mysterious Javier seems to offer a way out.

Stay tuned for more clues to this month’s installment! Clues will be posted on Hippodrome’s Cinema Facebook Page. If you guess the movie you might even win free ticket! 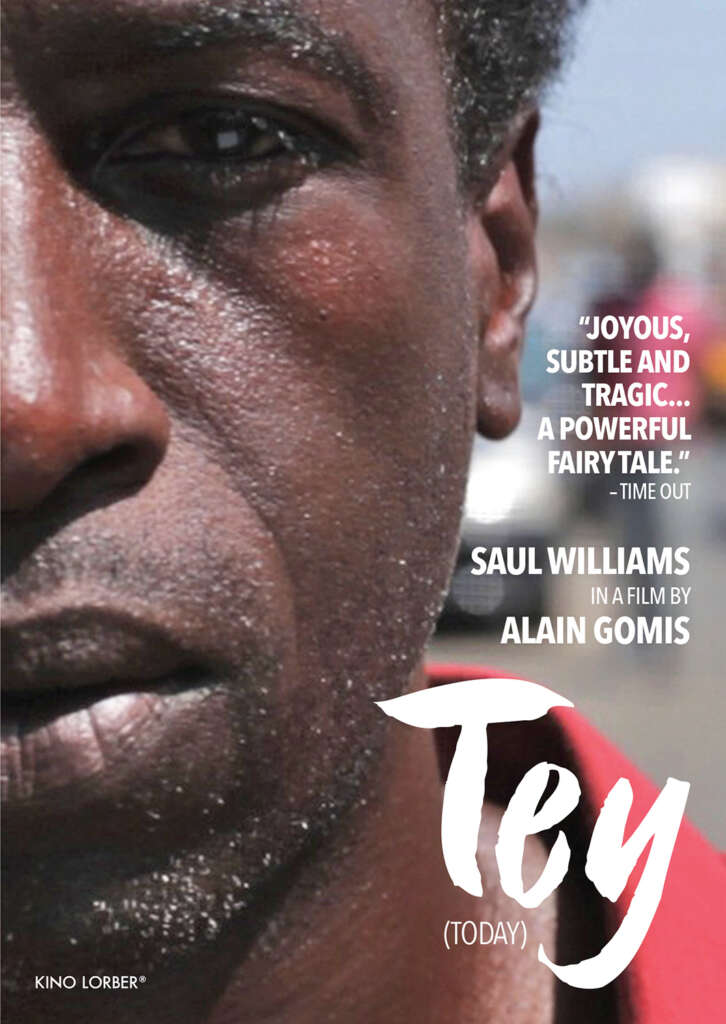 Tey (Today) is a beautiful, sensual, humane tale starring Saul Williams (Neptune Frost) and directed by Alain Gomis (Félicité). In a village outside Dakar, the gods – or the stars, or destiny, have spoken: Satché (Williams) must die by the end of the day. Until nightfall, the film follows him making his goodbyes to those around him – his family, his friends, his lover, his children, his wife. Initially fêted by his community with an enthusiasm tainted by melancholy, Satché, the one chosen to disappear, soon finds himself set apart from those closest to him, in beautiful scenes that seek to show those elements of friendship, desire, sadness, affection and anger that are usually left unsaid. (88 minutes) 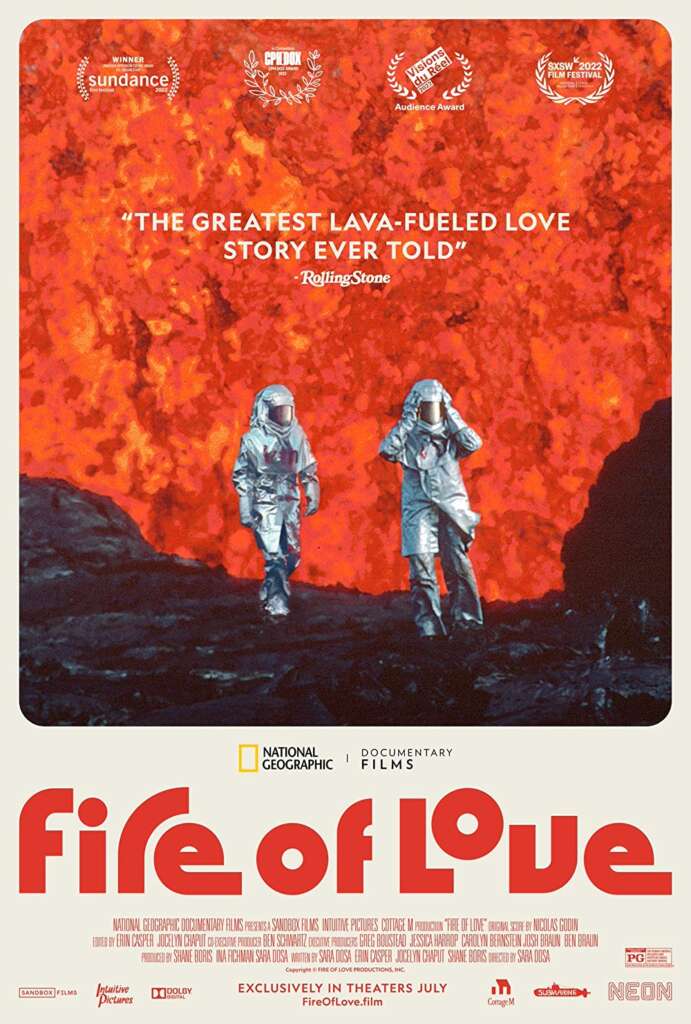 Katia and Maurice Krafft loved two things —each other and volcanoes. For two decades, the daring French   volcanologist   couple   roamed   the   planet,   chasing   eruptions   and   documenting   their discoveries.  Ultimately,  they  lost  their  lives  in  a  1991  volcanic  explosion,  leaving  a  legacy  that forever enriched our knowledge of the natural world. Director Sara Dosa and the filmmaking team fashion a lyrical celebration of the intrepid scientists’ spirit of adventure, drawing from the Kraffts’ spectacular  archive. FIRE  OF  LOVEtells  a  story  of  primordial  creation  and  destruction,  following two bold explorers as they venture into the unknown, all for the sake of love. (93 minutes) 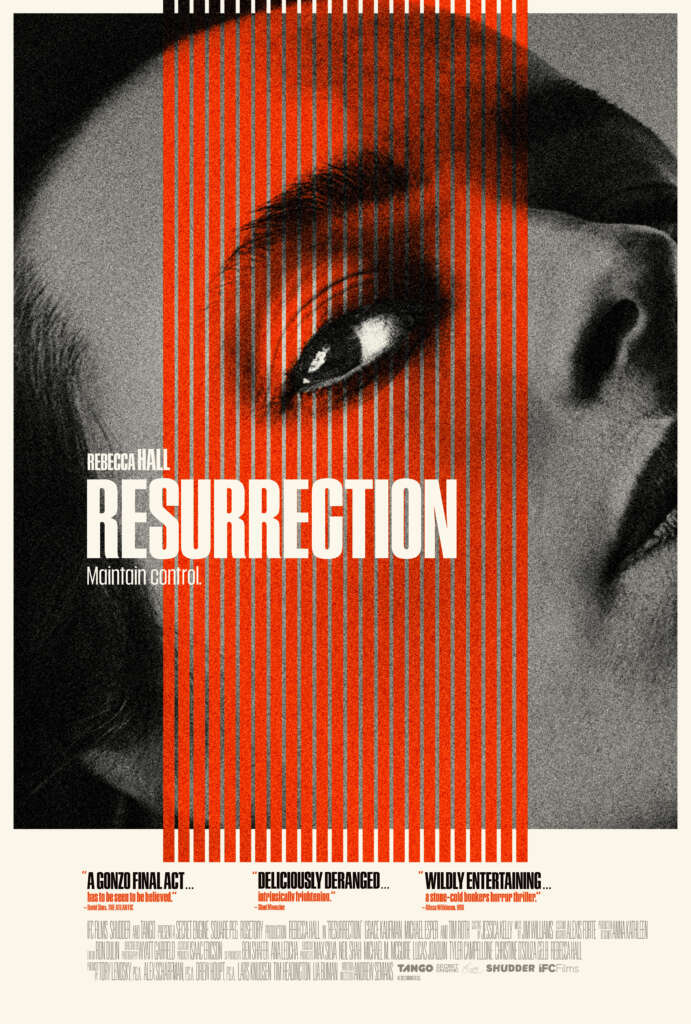 Margaret’s life is in order. She is capable, disciplined, and successful. Soon, her teenage daughter, who Margaret raised by herself, will be going off to a fine university, just as Margaret had hoped. Everything is under control. That is, until David returns, carrying with him the horrors of Margaret’s past. (103 minutes) 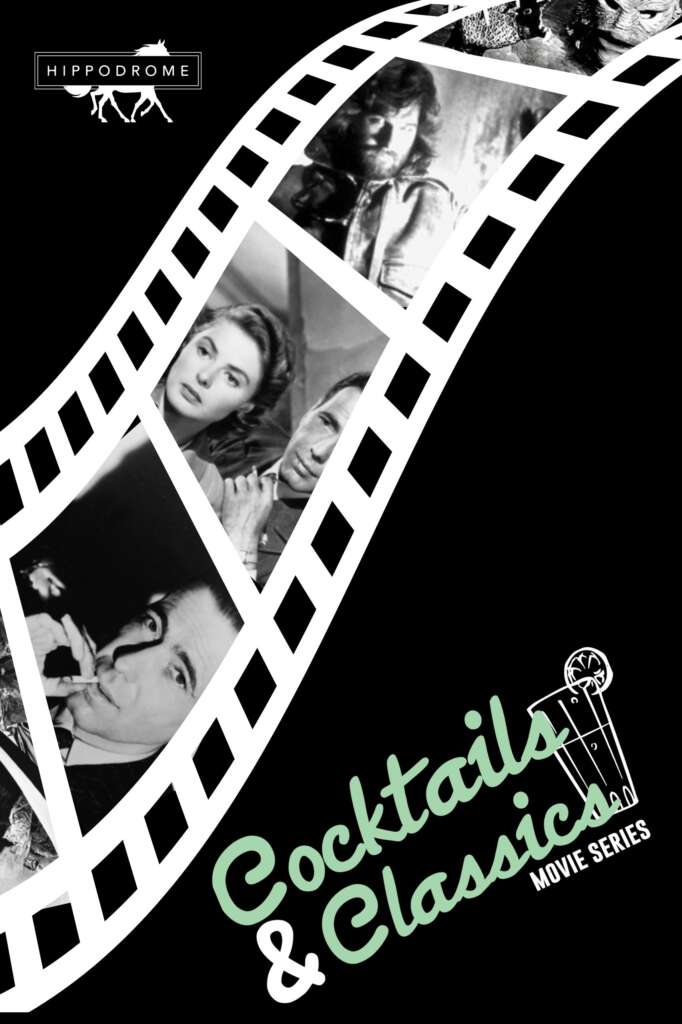 Check back for May dates.

Whether it is to view your favorite film or to have a private screening of a show you and your friends/family watch, we got you covered!

Please contact Gabrielle for any questions or to book a private viewing party for you and your pod.