"Jennifer Pritchett, Kevin Rainsberger, and I were in this show about a love triangle set in Central Park/NYC. We actually rode bikes off stage, out the vom, thru the lobby, and back in the other vom and onto the stage, to simulate a bike race in Central Park; quite a physical feat! Also, some pretty steamy makeout scenes in the show…."

1983 - The Saint and the Football Players

"A very bizarre and unique piece of theatre/performance art directed by Lee Bruer (Mabou Mines/NY) in which we did slow motion football on the mainstage with full uniforms, pads and all, to a musical score by Phillip Glass. During the final scrimmage before we opened playing full-contact, full-speed, I cracked three ribs and had to do the first show on meds because the pain was excruciating. THE ONLY TIME, in 47 years of being an actor, that I was onstage under the influence!" 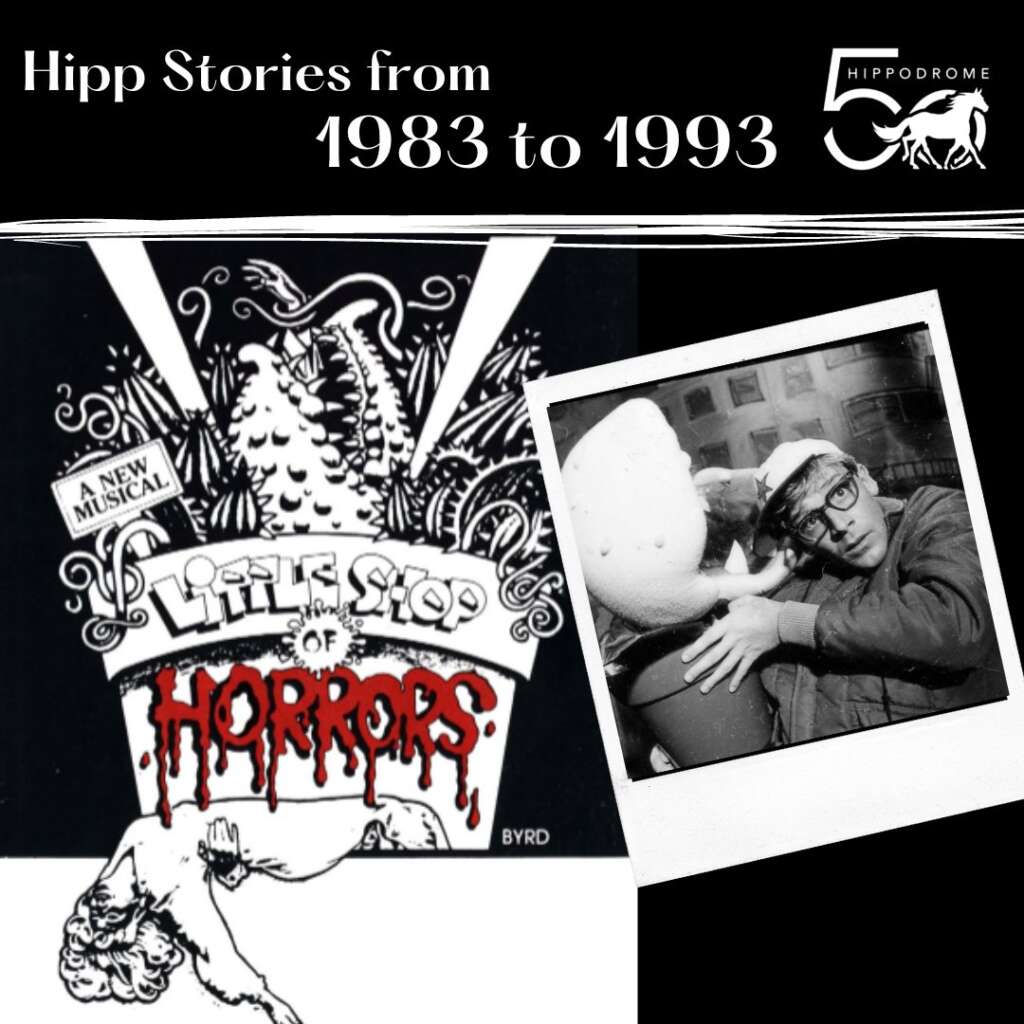 "Gosh - that show was so popular, we extended for 3 weeks! Which left me 1 week to get the set up for the next show!"

The Many Tails of The Christmas Carol

"I have had many grown men approach me at intermission of other shows over the years when I was attending as an audience member, and tell me that they played Tiny Tim in productions years ago, and they now bring their son to see the show! It’s such a beautiful holiday tradition for Gainesville, and part of our cultural fabric!" 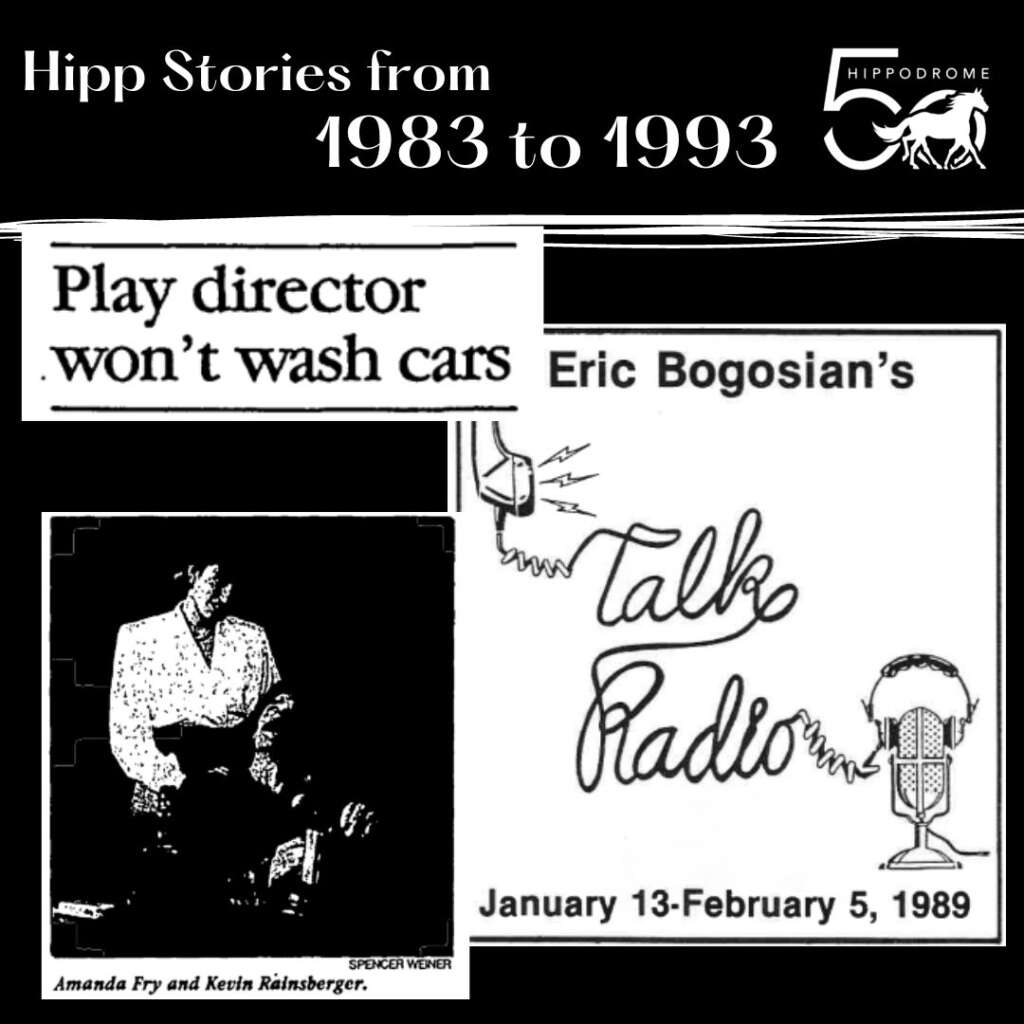 "Played Sid Greenberg and voices for 8 other characters as callers into the radio show. It was fun and a challenge to do all of those voices and make them all distinct and different."

"I liked this show because I had a great little scene with Mike Beistle that was intense and well-written. I LOVED being on stage always with both Mike Beistle and Rusty Salling over the years." 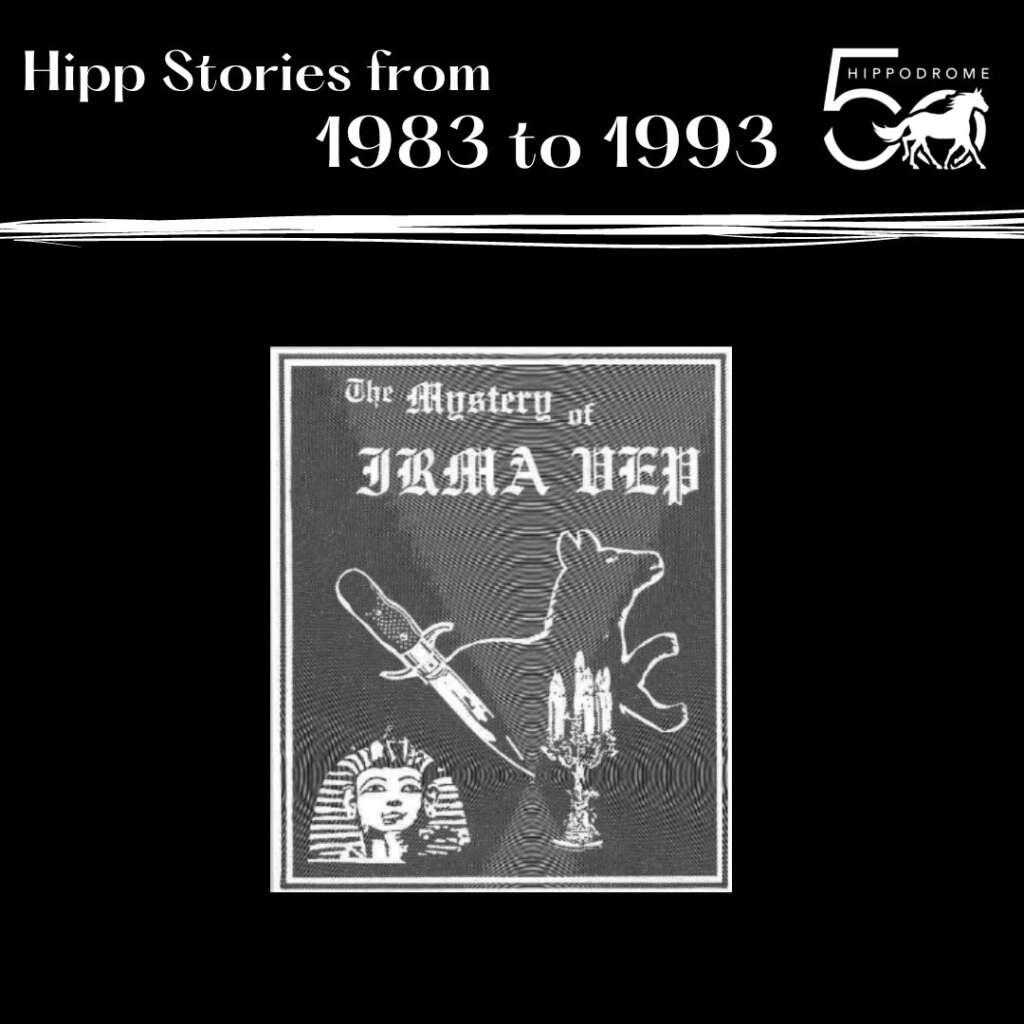 "Possibly my favorite show ever at the Hipp. Kevin Rainsberger and I played about 5 characters each- both men and women, in a gothic horror tale about vampires. We literally had costume changes that were timed at 5 seconds in that show, so it was sort of like ‘aerobic theatre’! At one point, I had to make an entrance from inside a sarcophagus (coffin) that was filled with stage fog, holding my breath for about 90 seconds before it was opened- but what a great entrance! It was such a thrill to be on that stage (for the entire two hours) with Kevin!"

"I played three characters in this one; two women and one man. Opening night, while making a cross downstage, I dropped an ear ring as one of the women, and squatted down to pick it up in a very un-ladylike manner. The audience cracked up as they viewed my hairy legs in panty hose!" 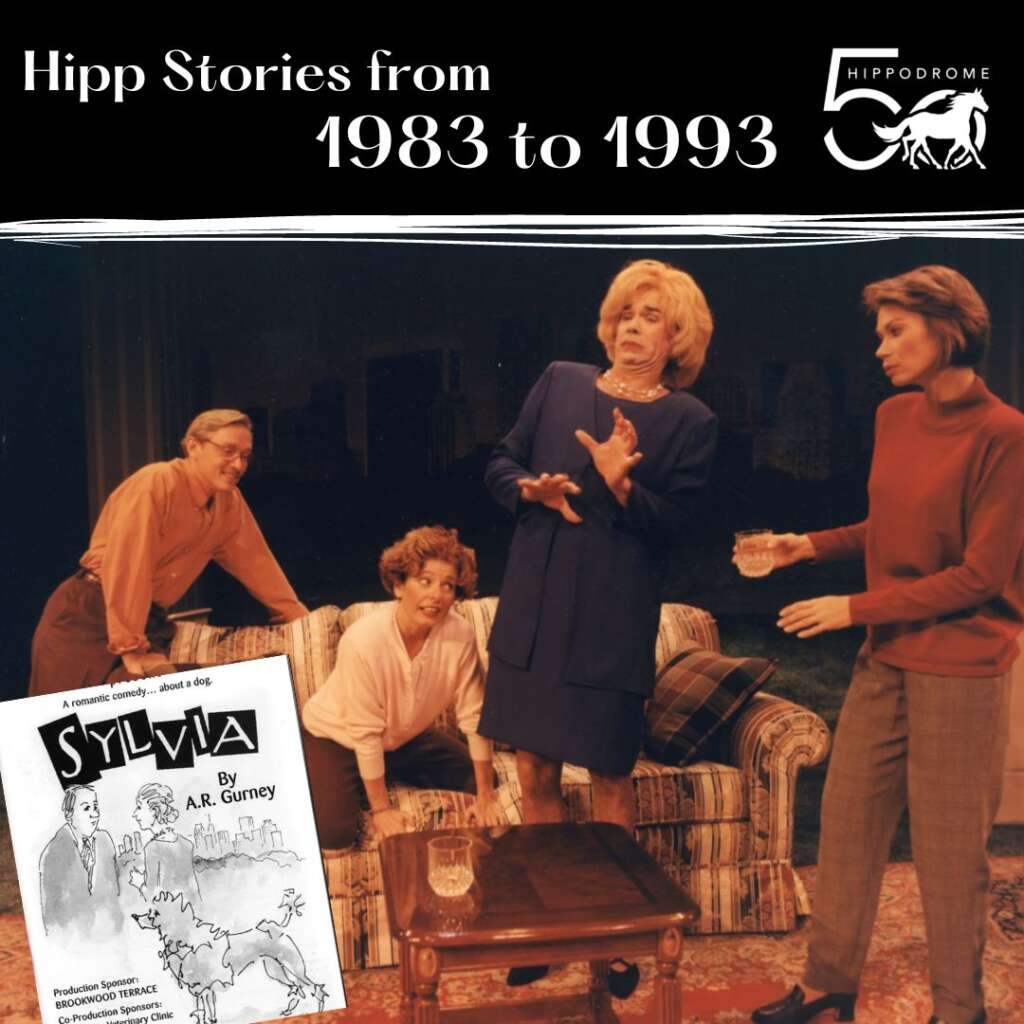 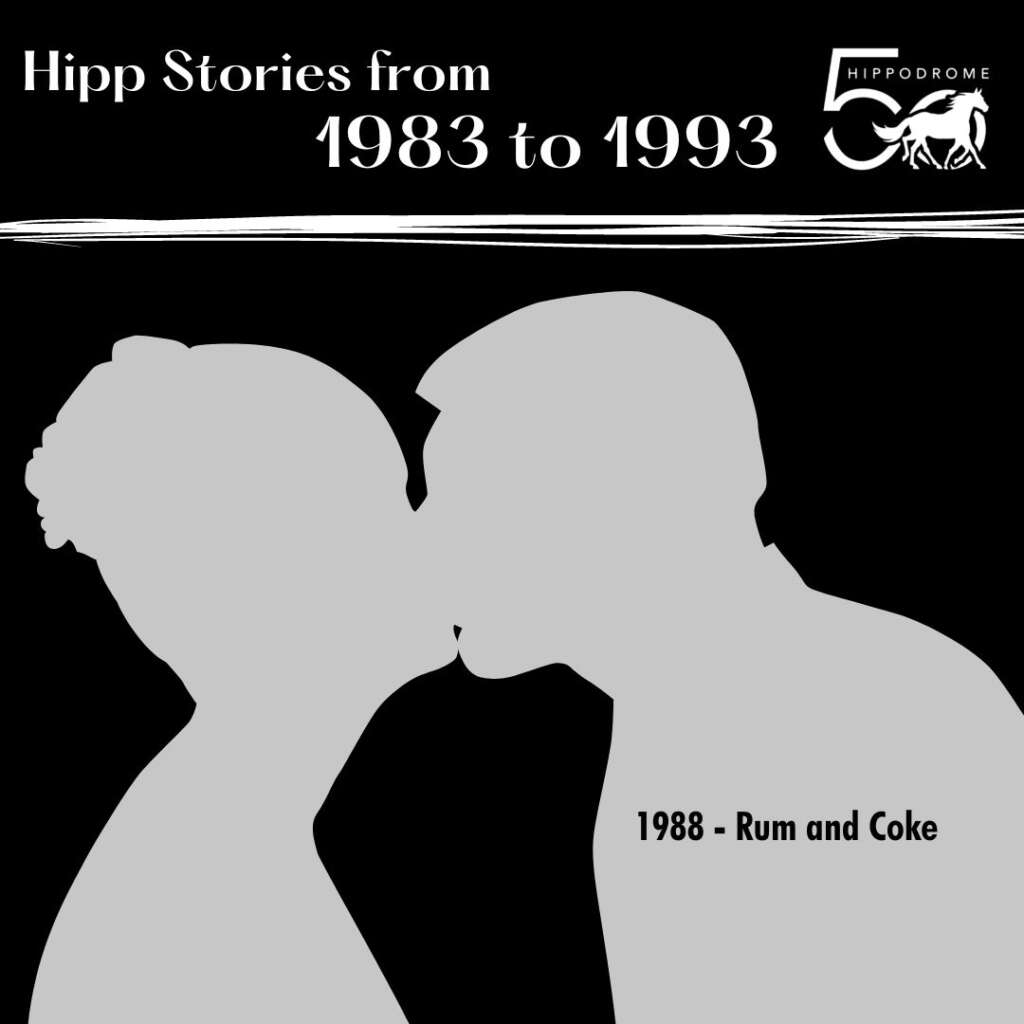 "I played Fidel Castro in this play about the Bay of Pigs invasion in Cuba. I also played another character that was sort of a straight man. Nell Page and I had a kissing scene with that other character, and, Nell started laughing during the kiss and sort of ended up sort of laughing/coughing into my mouth. Sounds gross, but it was mostly funny, for us AND the audience."

"In the 80s, we created one of our many campaigns to raise funds. We called it HippoWeek…a week so filled with stuff it took 10 days to complete. We went to Tallahassee and had Governor Graham issue a proclamation."

In the 80s, we created one of our many campaigns to raise funds.  We called it HippoWeek…a week so filled with stuff it took 10 days to complete.  We went to Tallahassee and had Governor Graham issue a proclamation…and tape a PSA.  We had all kinds of events, including a concert with Bo Diddly on the steps of HIPP III.  The Blues Bros were a band that Festival Sign Shop employees (our neighbors) put together.  They were really great!  Mariah and I performed the balcony scene from ROMEO & JULIET, with Mariah atop the Hipp outdoor balcony (must be a better word for that), and the Gainesville Fire Dept brought a ladder truck which I scaled to the top.  We both had wireless lapel lavs we wore.  The Fire Dept would never do that now.

I had a huge banner made stating: THE LARGEST OUTDOOR CONCERT EVER… held on Southeast 2nd Place The banner stretched the entire width of the HIPP. 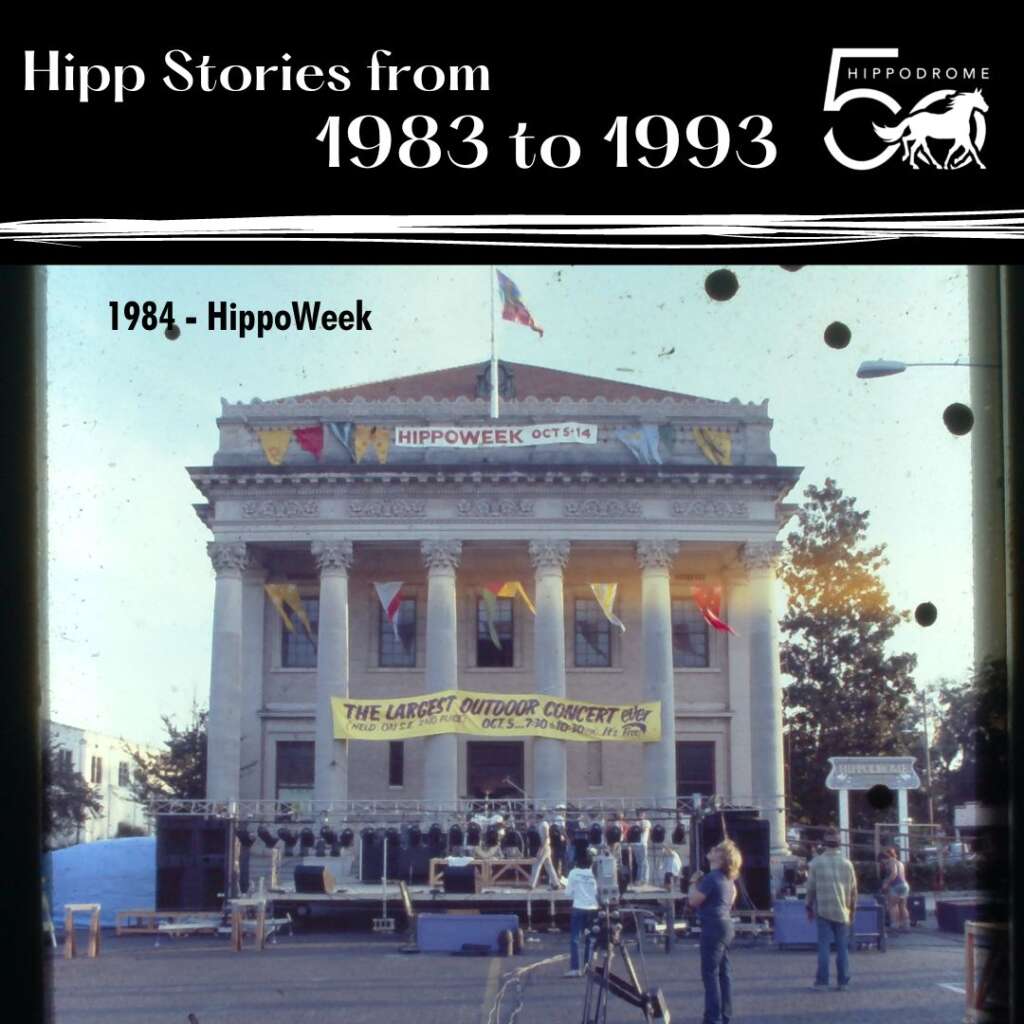 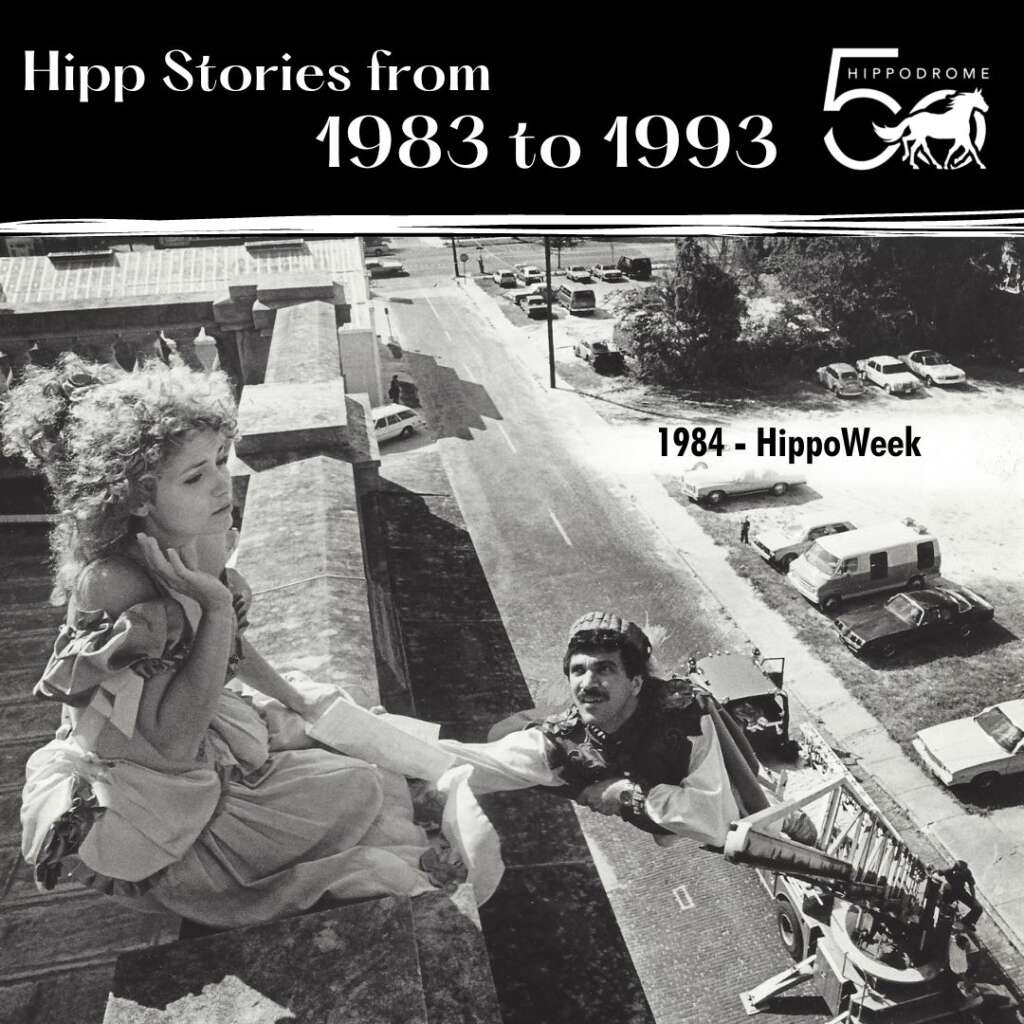 "During the 70s, Florida came up with a public safety campaign entitled ARRIVE ALIVE to promote defensive driving. I did a rift on that an made bumper stickers proclaiming ARRIVE DRAMATICALLY."