About the Hipp’s Community Events

Come see what the Hipp has to offer on our second stage and Lower Level! Second stage programming includes different series and events such as our Jazz Series, improv comedy nights, concerts, swing dance classes, open mic sessions and much more. Something fun is always happening at the Hipp!

To learn more or host your own event email Allen at alennox@thehipp.org 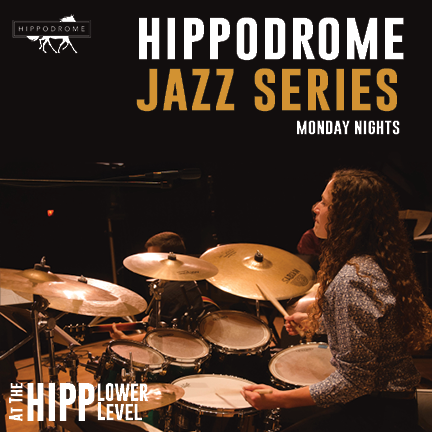 All dates through the end of March have been canceled.
Check back for updates on any further cancellations.

The Hippodrome Jazz Series is back! The Hipp is proud to partner with the University of Florida School of Music to bring this hit series back to the Hippodrome Lower Level.

The Hippodrome is proud to host such talented musicians to bring back jazz and keep Gainesville Hipp!

The Golem of Prague
an Opera in Three Acts

This event has been postponed to a future date.
The new date is not yet available. We apologize for any inconvenience.

For the first time this year, the Hippodrome has added a season of staged readings to complement the work being produced on the Mainstage. The mission of the 10-installment season is to feature plays that deserve to be seen and explored by the community, but may not be able to sustain a run in our Mainstage season. The series will feature new works, up-and-coming playwrights, local playwrights, and challenging content, and will strive to highlight the voices of under-represented groups within the North Florida community and the theatrical community at large. Fifty percent of this first season’s offerings are new works.